The aim of this paper is to provide background information on raw materials included in the cement industry that have been chemically examined in the laboratories of the Kufa Cement Factory in cooperation with AL-Furat Al-Awsat Technical University, Najaf Technical engineering college, Najaf, Iraq.

The raw materials entering the factory were examined, which include stone, crude oil, iron dust, sand, and gypsum, as it was found that the total carbonate ratio is 89% as a weight ratio and the sulfide is smaller or equal to 1% as a weight ratio and the magnesium carbonate is smaller or equal to 3%. For iron dust with sand, the total carbonates of the mixture were smaller or equal to 85%, and magnesium carbonate was smaller or equal to 3%, and silica oxide was also examined in sand where the results of the examination were greater than 85%, and for sulfide oxide smaller than 1%, as well as for iron dust, the proportion of oxide Ferric is greater than 55%, the percentage of alumina oxide is less than 10%, silica oxide is less than 20%, as well as for crude oil, as it contains less than 4% of sulfide oxide, as well as primary and secondary gypsum examination, and it was found that sulfide oxide is greater than 31% if the gypsum is Secondary and greater than 42% if the gypsum is primary and Materials are non-soluble smaller than 8% if it was a secondary gypsum and less than 5% if the primary gypsum. Where these models were examined and analyzed, and the storage location of the models examined was determined. 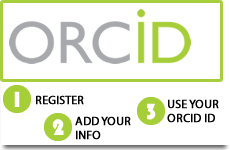